‘We are going to see a down in the gutter type’ Trump and Biden presidential campaigns: analyst 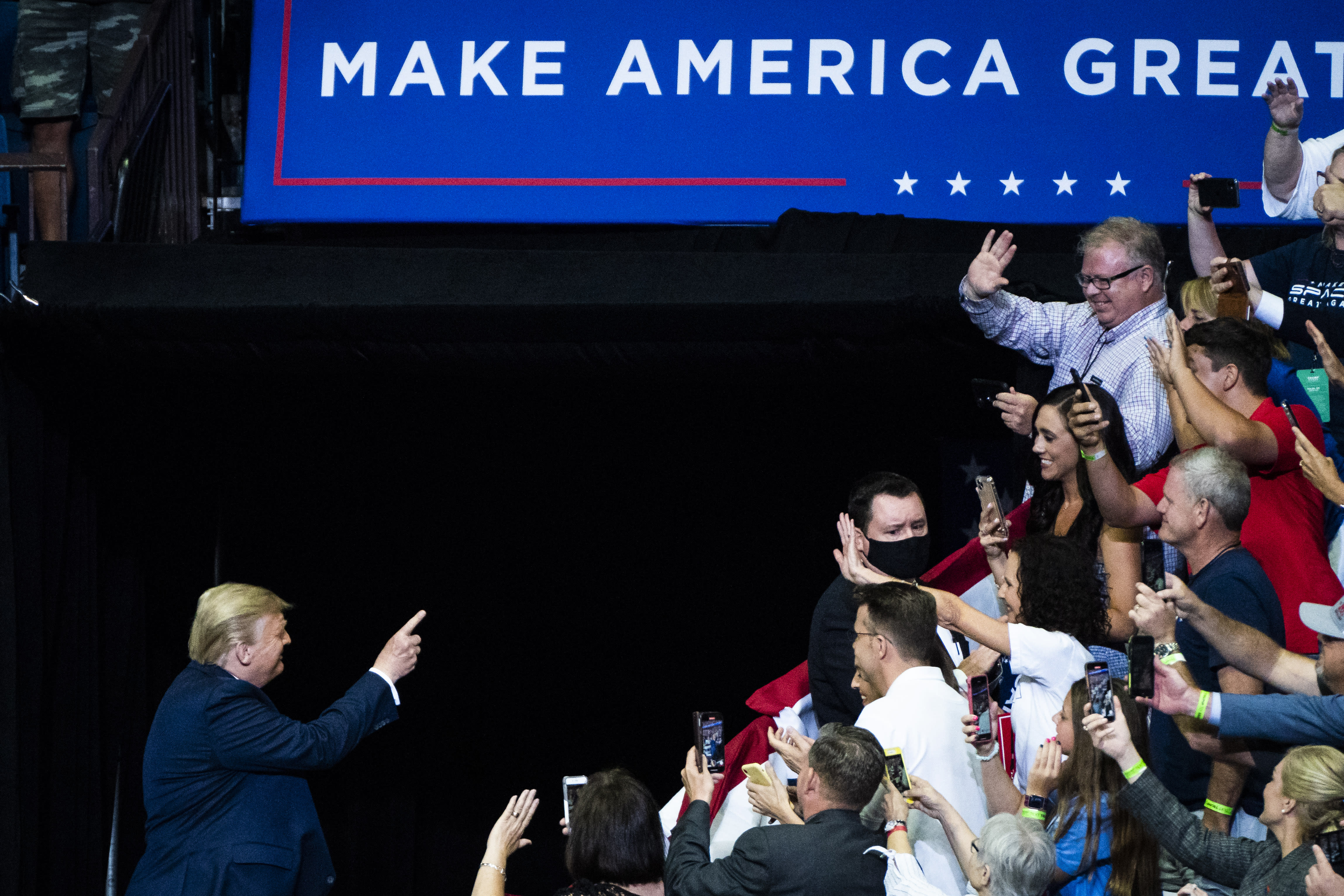 If President Trump’s performance at his first rally in months this past weekend in Tulsa was any indication, it’s going to be a very front and center backyard brawl for the presidency with challenger and former Vice President Joe Biden.

Trump took dead aim at Biden, slamming him for his frequent verbal gaffes, policy proposals (namely of higher taxes) and perceived mistakes in a four decade plus tenure in D.C.

“I do think we are going to see a down in the gutter type campaign between now and November. I do think on President Trump’s side, he is going to try and lead with anti-China issues. The market is going to try to decide how much of this is rhetoric and how much is this about him trying to get re-elected. I think the market is going to respond most to the China rhetoric from Trump. And then on the Democratic side, the probability of Biden led policies being enacted in 2021 and beyond,” said Raymond James Washington policy analyst Ed Mills on Yahoo Finance’s The First Trade.

Mills recently raised his probability of Biden winning the presidency to 55% compared to 50%, citing the economic disruption from COVID-19 and nationwide protests. He also lifted the odds of a blue wave sweeping over the Senate and House — Mills assigns a 50% chance of Democrats capturing the Senate (40% previously) and a 95% chance of the Democrats retaining the House (up from 90%).

Despite what is shaping up to be another divisive presidential election, stock markets continue to climb the proverbial wall of worry.

The Dow Jones Industrial Average has skyrocketed some 40% from the March 23 lows. Riskier than normal big cap tech stocks such as Netflix are hovering near all-time highs. And retail investors quarantined at home are wagering big-time on unproven upstarts the electric auto space in Nio and Nikola. Market experts tell Yahoo Finance stocks will continue to take their cues from the COVID-19 economic recovery rather than the election seeing as it’s several months away. As long as the economic data remains on the mend, stocks will probably retain a bid, pros say.

But at some point soon, investors may want to consider if a blue wave down in D.C. is more likely than not — and position portfolios accordingly.

“I think why they would be concerned of that, mostly, is because it would put in jeopardy the 2017 Tax Reform Act. There are discussions that certainly the Democrats would like to repeal that legislation and bring the tax rates back up somewhere around 28% to 29%, which would be pre-2017 levels. That would certainly challenge margins and earnings growth in an environment where it’s already challenged,” warned Wells Fargo Investment Institute president and Wells Fargo chief investment officer for wealth and investment management Darrell Cronk on The First Trade.