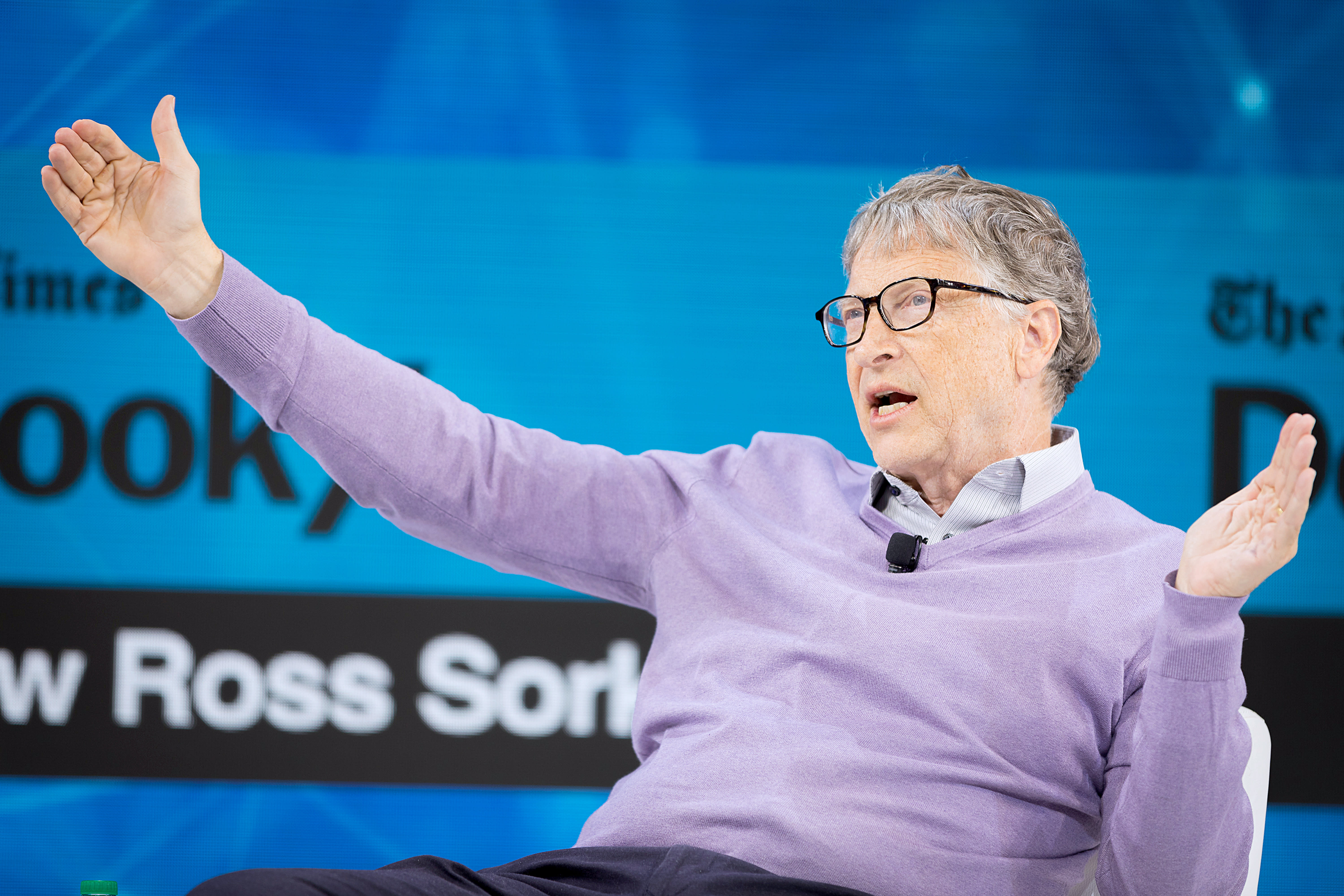 Philanthropist and billionaire Bill Gates believes that America needs six to 10 weeks of “extreme shutdown” to get a handle on the coronavirus outbreak (or COVID-19), indirectly criticizing comments from President Trump.

“It’s very irresponsible for somebody to suggest we can have the best of both worlds,” Gates emphasized in an interview with TED on Tuesday. “What we need is the extreme shutdown, so that in six to 10 weeks, if things go well, then you can start opening back up.”

President Trump recently argued that restrictions should be loosened by Easter Sunday, April 12, with healthy people returning to work while people who are sick remaining isolated.

“The expression ‘We can do two things at one time,’ … and that includes not just economics, that also includes life and death,” Trump said. “We have to keep it that way.”

The U.S. stock market and economy have been hit hard by the coronavirus pandemic. And the financial situation is becoming increasingly problematic for millions of Americans as unemployment claims rose to an historic 3.2 million for the week that ended March 21.

Trump asserted that the U.S. “wasn’t built to be shut down. This is not a country that was built for this,” adding: “America will again and soon be open for business. Very soon. A lot sooner than three or four months that somebody was suggesting.”

Experts — including those in Trump’s inner health care circle — have cautioned strongly against loosening precautionary measures too quickly, as it would lead to more catastrophe in the longer term.

“If you look at the trajectory of the curves of outbreaks and other areas, at least going to be several weeks,” Dr. Anthony Fauci, director of the National Institute of Allergy and Infectious Diseases, said on March 20. “I cannot see that all of a sudden, next week or two weeks from now, it’s going to be over. I don’t think there’s a chance of that.”

One former government official concurred. “I think the president needs to be listening carefully to our medical professionals,” former NATO Supreme Allied Commander James Stavridis said on Yahoo Finance’s The First Trade, later adding: “Once you’ve done that, then it’s perfectly appropriate to listen to the economic side.”

Gates echoed that view, but didn’t go as far as naming Trump in the interview.

“It’s very tough to say to people, ‘Hey keep going to restaurants, go buy new houses, ignore that pile of bodies over in that corner. We want you to keep spending,’ because there’s maybe a politician who thinks GDP growth is what really counts,” Gates said. “It’s very hard to tell people when there’s an epidemic spreading… that they should go about things, knowing that their activity is spreading this disease.”

At the same time, Gates acknowledged that the uncertainty is going to take a massive toll on the global economy, particularly on developing countries.

“We can’t say for sure that even the rich countries will be out of this in six to 10 weeks… the developing countries will bear a significant price,” Gates explained. “Two to three years from now, this thing, even on a global basis, will essentially be over with a gigantic price tag.”

The Bill and Melinda Gates Foundation has thus far donated $100 million for programs to address the coronavirus pandemic, specifically to improve “detection, isolation, and treatment efforts… and accelerate the development of vaccines, drugs, and diagnostics.”

Gates had also resigned from the Microsoft and Berkshire Hathaway boards earlier this month to commit to his philanthropic activities full time.