Washington divided on how to spend $850B on stimulus 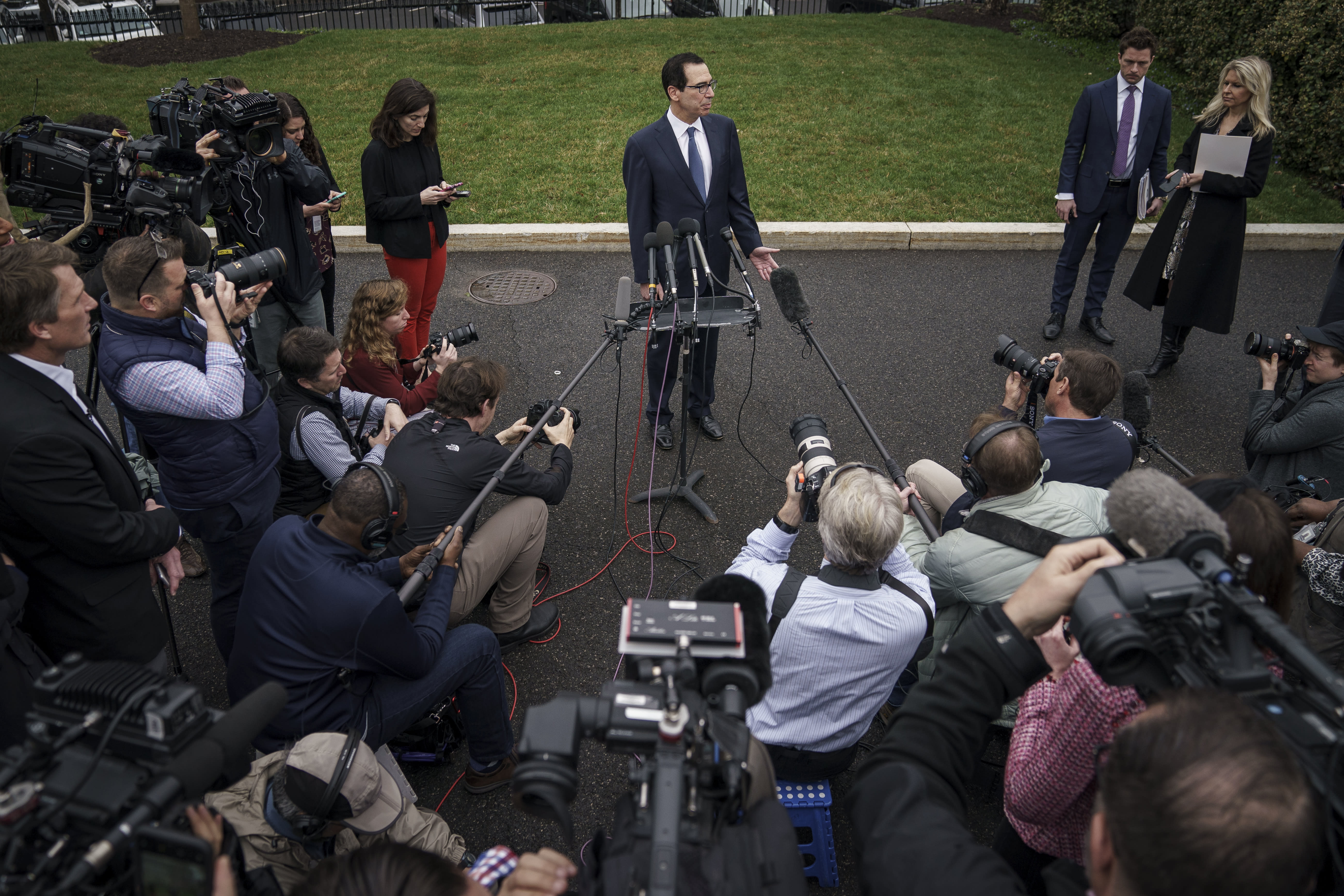 On March 6, President Trump signed into law an $8.3 billion emergency spending bill to begin to deal with the coronavirus crisis.

On March 14, the House passed a phase 2 deal with a wider range of measures, including free testing for everyone. The Senate is currently considering the deal with the idea of sending it to President Trump soon.

The phase 3 deal, which is just beginning to come together, will likely dwarf everything that’s already been passed if Republicans and Democrats can agree on a bill.

There are some signs that they want to act quickly. “I don’t think we can assume that we can keep reconvening the Senate every week like we did this week,” Sen. Marco Rubio (R., FL) recently told Politico.

Treasury Secretary Steven Mnuchin is visiting Capitol Hill on Tuesday to push a package that could cost somewhere around $850 billion. Senate Democratic Leader Chuck Schumer has been discussing a $750 billion package.

Right now, details are sketchy, but both sides seem to have very different ideas about how to spend all that money.

The idea of a temporary lifting of payroll taxes has been at the center of the White House’s plan for the response. President Trump and his allies have now been pushing the ideas for weeks. “Only that will make a big difference!” Trump recently tweeted.

The price tag would likely be huge. One estimate for the cost of a complete suspension of payroll taxes for the remainder of the year is $807 billion. That means a payroll tax holiday could be the lion’s share of what is eventually in the White House’s proposal.

On Tuesday, Reuters reported that the Trump administration proposal also includes $50 billion for airlines and $250 billion for small business loans.

Trump has been consistently pushing the idea of a payroll tax cut, but Democrats have been almost as consistent in rejecting it.

House Majority Leader Steny Hoyer (Nancy Pelosi’s main deputy) has called the idea a nonstarter. Senate Finance Committee Ranking Member Ron Wyden (D., OR) recent added in a statement that “a payroll tax cut would do little to help workers without paid sick days or those who have lost shifts and tips.”

Senate Democratic Leader Chuck Schumer has also expressed skepticism about a payroll tax cut. Shortly after the president pushed the idea in a press conference, he tweeted:

What was glaringly missing from President Trump’s press conference was how he is actually going to combat the spread of the coronavirus and keep the American people safe.

It seems President Trump is more focused on the stock market than addressing this pandemic.

The Democratic proposal has been led this week by Schumer, who is proposing $750 billion in spending, without payroll taxes.

“We are proposing an immediate and initial infusion of at least $750 billion to wage war against COVID-19 and the economic crisis it is now causing,” Schumer said on the Senate floor on Monday. “The kinds of targeted measures we are putting together will mainline money into the economy and directly into the hands of families that need it most.”

So far, he has only sketched out his ideas but they are focused on things like addressing treatment capacity issues in hospitals (with a Defense Department role in increase capacity), expanding unemployment insurance even further than was done in phase 2, and ensuring “that everyone can afford treatment for coronavirus.”

Trump, during his address to the nation last week, said insurance companies “have agreed to waive all copayments for coronavirus treatments,” but the reaction from the insurance companies quickly forced the White House to backtrack and clarify that they were only looking to cover the cost of testing and expand coverage for treatment.

A question of direct cash infusions for people or for industry

Another aspect of the response could be direct cash infusions. In general, the White House has pushed for direct assistance to impacted industries.

“We’re going to back the airlines 100%,” Trump said on Monday about one heavily impacted industry.

Democrats have pushed for cash infusions directly to U.S. citizens. Jason Furman, chairman of the White House Council of Economic Advisers during the Obama administration has advocated the idea of a direct payment of $1,000 to every U.S. citizen or taxpaying U.S. resident.

Republican Sen. Mitt Romney – no friend of the White House these days – recently proposed that “every American adult should immediately receive a one-time check for $1,000” as part of his coronavirus response plan.

As “helicopter money” advocates like to note, President George W. Bush signed a bill during the financial crisis of 2008 that cut checks of $600 to most individual taxpayers.