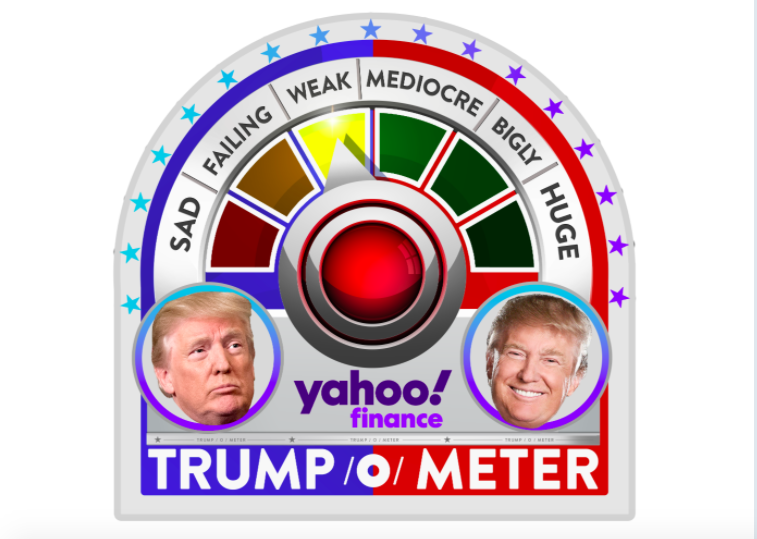 The stock market gave a rare nod to reality this week, after Federal Reserve chair Jay Powell laid out his vision for a creeping economic recovery that will take years rather than months.

The Federal Reserve forecast that real GDP will decline 6% by the end of 2020, which is considerably worse than the loss in output from the 2008 financial crash. Output won’t return to normal till 2022, the Fed predicts, with millions of demolished jobs along the way. Powell said on June 10 the Fed will have to provide extraordinary stimulus measures for years.

Stocks closed modestly lower the day Powell spoke, but plummeted the following day, with the S&P 500 (^GSPC) falling nearly 6% on June 11, the biggest daily decline since the chaotic selloff in March. The stock market’s soaring ascent since late March has puzzled many analysts wondering how stocks can surge amid mass unemployment and the risk that perhaps 1 million businesses will fail due to shutdowns caused by the coronavirus pandemic. The June 11 pullback was a momentary acknowledgement that things are terrible in the real economy.

In typical fashion, Trump cheered stocks when they were going up and blamed others when they were going down. “Big day for Stock Market,” he tweeted on June 8, when the Nasdaq (^IXIC) index hit a new high. Vice President Mike Pence joined the bandwagon two days later, tweeting, “HUGE news: The NASDAQ hit an all-time record high.”

But when stocks fell, the White House blamed Powell. Trump tweeted that the Fed’s economic forecasts are “wrong so often.” Larry Kudlow, chair of the White House’s National Economic Council, said Powell should “lighten up a little. You know, a smile now and then, a little bit of optimism.” White House economist Peter Navarro told Yahoo Finance Powell should “keep his mouth shut.”

By most accounts, Powell is the steadiest influence on the economy at the moment, with Fed intervention probably more responsible than anything for tamping down the panic that gripped markets in March. The Trump criticisms are counterproductive, as usual. And a modest comedown in stocks is arguably welcome, because the real economy and the speculative stock market can’t diverge forever. More realistic stock valuations will restore a bit of faith in markets and possibly preempt a deeper future selloff.

This week’s Trump-o-meter reads WEAK, which is is the third-lowest rating. But it could have been worse.

The oddity of the market’s visceral reaction to Powell’s comments is that he didn’t say anything especially new. The Fed’s economic forecast is very similar to that of the Congressional Budget Office and many private forecasters. Nobody expected the Fed to change its interest rate policy for years, which Powell only reaffirmed. It’s as if investors have been ignoring all the other signs of a long, painful economic slog, and it took Powell to get their attention.

The most immediate question in the outlook is whether the pace of business reopenings will pick up consistently or go into reverse if there are new coronavirus outbreaks. Parts of Texas and Arizona that have reopened are now enduring notable upticks in coronavirus infections and hospitalizations—a reminder that virus is far from vanquished. Full shutdowns seem unlikely at this point, but outbreaks could keep consumers home even if stores and restaurants are open. With the S&P 31% from its March lows, investors may still be too optimistic about the speed of a recovery.