Lawmakers push ahead on a bill to delist Chinese companies 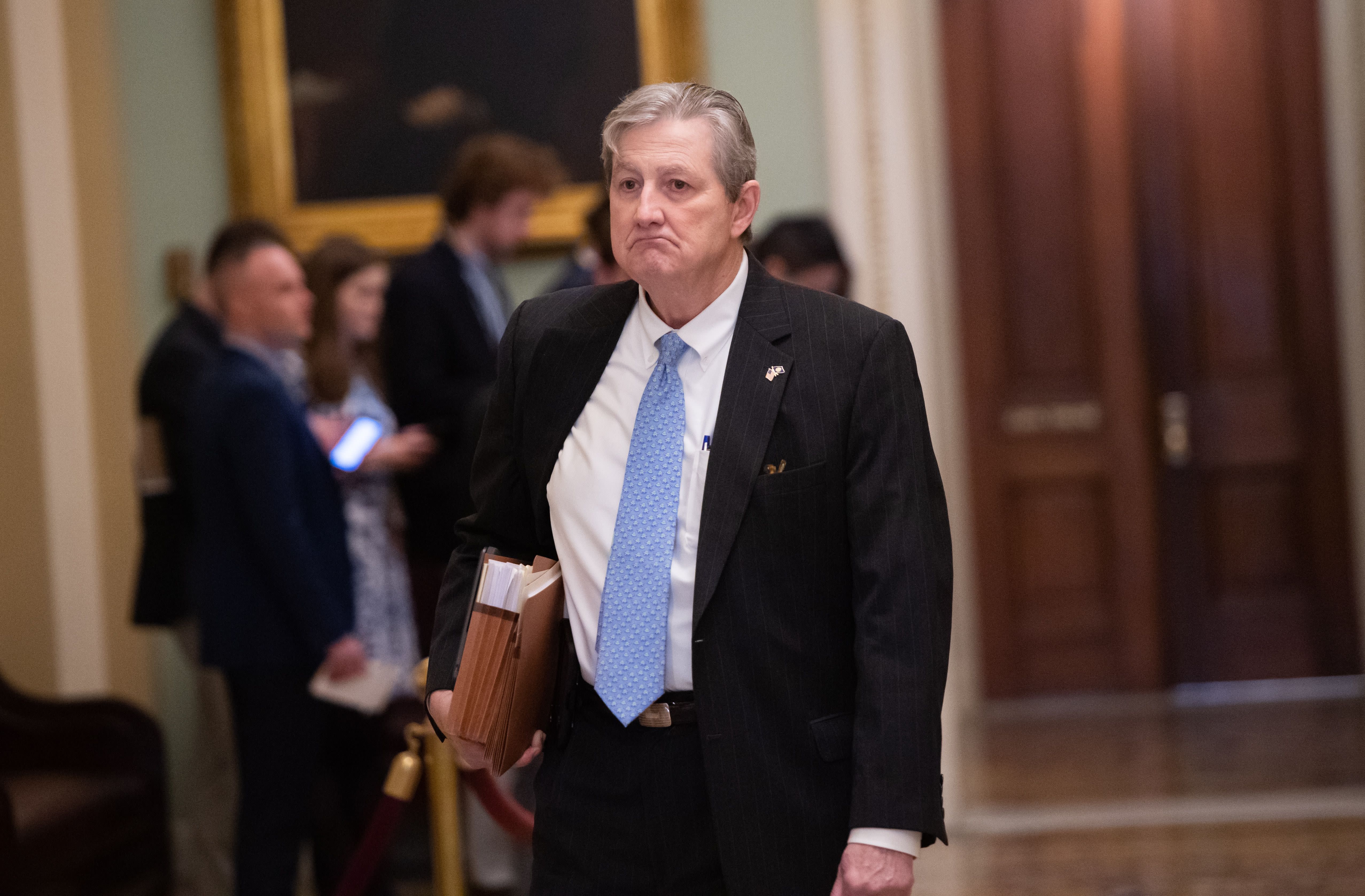 In May, the Senate unanimously approved a bill to delist Chinese companies listed on U.S. exchanges unless they open up their books.

The bill has made its way to the House but has languished in recent weeks. President Trump has offered supportive words and instructed his top economic officials to “study the differing practices of Chinese companies listed on the U.S. financial markets.”

Meanwhile, Senate backers of these actions are trying to keep the pressure up.

On Thursday, Sen. John Kennedy (R-LA) announced that he would be introducing his bill as an amendment to the National Defense Authorization Act currently being debated on the Senate floor.

“I want China to become a vested stakeholder in a stable world order,” he said in an interview with Yahoo Finance. “We have the most sophisticated capital markets in the world,” he said, adding, “they have to play by the rules.”

‘Three strikes and you’re out’

If passed, the legislation would require Chinese companies to submit to a series of provisions if they want to avoid being de-listed.

First, they’d be required to disclose whether they are owned or controlled by a foreign government. Second, they would have to comply with audits from the Public Company Accounting Oversight Board (PCAOB) for three years in a row.

“I’m giving the companies in China three years to comply, it’s three strikes and you’re out,” said Kennedy. “I probably should have limited it to one or two strikes, but I wanted to be reasonable.”

Currently, companies registered in China and Hong Kong do not submit to PCAOB audits. In 2019, the U.S.-China commission compiled a list of 156 Chinese companies that are currently listed on the biggest three U.S. stock exchanges, including giants like Alibaba (BABA), Baidu (BIDU) and JD.com (JD).

The effort gained a big backer a few weeks ago when SEC Chief Jay Clayton called the bill “sensible.” Clayton is part of the Presidential Working Group on Financial Markets, established in 1988, which is currently studying the issue for the White House.

The group reportedly has 60 days to submit their findings to the White House.

White House economic adviser Larry Kudlow is another voice expressing support for the ideas in the bill. In a recent interview, he said we have to have more accountability from Chinese companies listed on U.S. exchanges “for investor protection and we have to for national security.”

The main purpose of the National Defense Authorization Act (NDAA) is to set the budget for the Defense Department. The bill is moving toward final passage on the Senate floor, where Kennedy plans to make his push.

The bill has been passed each year for 60 years with the goal, as Senate Majority Leader Mitch McConnell said on Thursday, to “lay out our priorities for the U.S. military with a united voice.”

Sen. Jim Inhofe (R-OK), chairman of the Armed Services Committee, opened debate on his bill Thursday and said it would be debated for the next week. The Senate has turned to the bill after Sen. Tim Scott’s (R-SC) policing reform bill failed to overcome a key test vote on Wednesday.

In announcing the move to try and add their bill to Inhofe’s package, cosponsor Sen. Chris Van Hollen (D-MD) said, “I urge my colleagues to get this done.”

“I don’t want to start a cold war with China,” said Kennedy of the effort, but he noted that things like the ongoing Luckin Coffee (LK) scandal are a “fiasco.” He said an audit would have made sure companies like Luckin “are not lying about their products and therefore defrauding investors.”