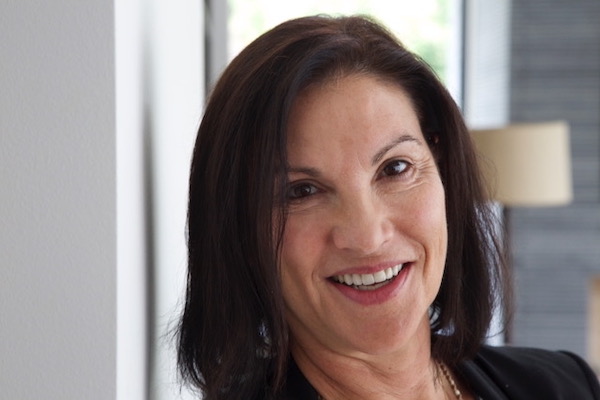 In her early twenties, when Felicity Stone first read Tolstoy’s Anna Karenina, Anna’s torment engrossed her fully. As Vronsky’s hold on Anna intensified, Felicity began to realize that the intensity of her reaction to the story was because Anna’s experience mirrored a past experience of her own. Tolstoy’s words resonated, and their impact lingered long after she had turned the last page. She identified with Anna’s character and envied her creator.

At the time, Felicity was a high school English teacher and regarded herself more as a reader than a writer. Books were her escape, her comfort, her inspiration and her educators. Tolstoy, however, made her want to write. Until then, her fear of failure had over-ridden her wish to be a writer, but after reading Anna Karenina she wanted more than ever to communicate with others the way her favourite authors did with her.

During a career day she arranged for her graduating students, she attended a seminar given by a professional writer. The speaker’s words convinced Felicity she had to try writing. The next day she handed in her notice and applied to Ryerson University’s journalism program. With its prescribed structure and mandate, journalism felt like a safe place to launch her writing career, but there was another reason. Growing up in South Africa, she learned the truth about the country through journalists’ accounts of apartheid-bred horrors. The poignancy and courage of their words never left her.

Her award-winning graduate story was a 5000-word piece about how some journalists reinscribe victims of violent crime as villains with a “they asked for it” slant. Readers reacted. Victims and their families, journalists, and even a few prisoners, wrote to her. Some thanked her for publicizing their plights; others for recognizing the paradox of crime reporting.

The response thrilled her.

The story launched her writing career and thus began her work as a freelance journalist. She crafted stories for newspapers and magazines, such as the Toronto Star, The Globe and Mail, The National Post, Today’s Parent magazine, Ryerson Review of Journalism, HealthDay News (a syndicate of The New York Times) and many others.

Keen to take her work beyond journalism and develop the creative aspect of her writing, Felicity attained a Master in Fine Arts from the Stonecoast program at the University of Southern Maine where she specialized in creative nonfiction. Teaching creative writing has helped her advance her own writing life.

Felicity Stone:  Some stories were assigned to me by editors at various publications. Others came from material I was interested in or from articles I had read on subjects I wanted to know more about. So I either wrote the story and tried to sell it to a newspaper or magazine – actually editors don’t like this approach – or I pitched the idea for the story to the magazine.

You just finished your non-fiction book. How long have you been working on it? How long were you wanting to write it?

Felicity Stone: It’s taken me more than 10 years to write, but I have had long breaks in-between solid writing months. This wasn’t by choice – life gets in the way sometimes. *Unfortunately, I’ve had to navigate myself through a number of traumas. I’ve wanted to write *this book since my undergraduate years at Wits University in South Africa, only I didn’t know it then. All I knew was that the racist cruelty of the country burned in me, only quieting, somewhat, when I started writing about it.

Please tell us more about your book.

Felicity Stone: It is a 70,000-word book – “Maggie Mom Me: A South African Memoir” – about coming of age in racially divided South Africa at a critical moment in its history. After graduation, my manuscript was awarded an artist’s fellowship from the Vermont Studio Centre, the Norman Mailer Centre and the Helene Wurlitzer Foundation of New Mexico. Nina Ryan, an editor at Random House, said this about it: “Your book, over and over, took my breath away – what a picture you give us, from a very personal point of view, of a brutal society. It’s powerful. And heartbreaking.”

Was your writing process structured? What did a typical day look like when you were finishing your book? How did you stay disciplined?

Felicity Stone: In the mornings, I would go straight to my desk. I’d try not to open any emails or read any texts before writing. If I had woken that morning with an idea bursting through, I’d get it down as quickly as possible. Otherwise, I started every day by reading a few pages of a book that inspired me. Inevitably that would get my mind playing with words and sentences and ideas. Enough times a whole morning would pass and I’d barely get anything down. Generally though, the more you write the more you write so staying with it is key. It’s something I wasn’t always able to do. But when I was in a writing cycle, I’d stay at my desk until two o’clock. That would end my official writing day. I’d then go for a 10-kilometer run, and my mind would go over what I’d written and what I wanted to write next. I kept notes in my phone and would start from there the next morning. Or not.

It takes guts to put yourself out there. What kind of advice would you give aspiring writers?

Felicity Stone: Write as much as you can and try to silence the editor in your head that keeps thwarting you. Take heart from all the famous writers whose manuscripts were repeatedly rejected before someone published them: James Joyce, William Golding, JK Rowling, Dr. Seuss, John Le Carre, Jack Kerouac, to name a very few.

Many would argue that writing is art. And every artist inevitably asks the question: Why create? So, why do you write?

Felicity Stone: I sometimes ask myself the same thing, especially when I sit for hours staring at a blank screen, worrying that inspiration has left me for good. But my fingers finally clatter onto the keyboard, sending words dancing across the monitor, and I know the answer. Writing enlivens and vitalizes me. When ideas take shape and translate into words, I get heady with adrenaline and experience a sense of satisfaction that hangs around long enough to boost me over the next wall I know will inevitably hit.

Writing also energizes me for its ability to empower others and this motivates me to continue teaching. Some years ago, I watched the documentary, “What I want my words to do to you,” which follows writing workshops for female inmates at New Bedford prison organized and taught by playwright and activist Eve Ensler. In the documentary, through their powerful and emotional renderings, the women of New Bedford reveal themselves as more than the sum of their crimes. Inspired by Ensler’s work and reminded of my own enthusiasm for the academic component of writing, I began teaching writing at a medium security prison in Ontario and in other marginalized communities.

Do you have any regrets about choosing writing as your profession?

Felicity Stone:  None at all.