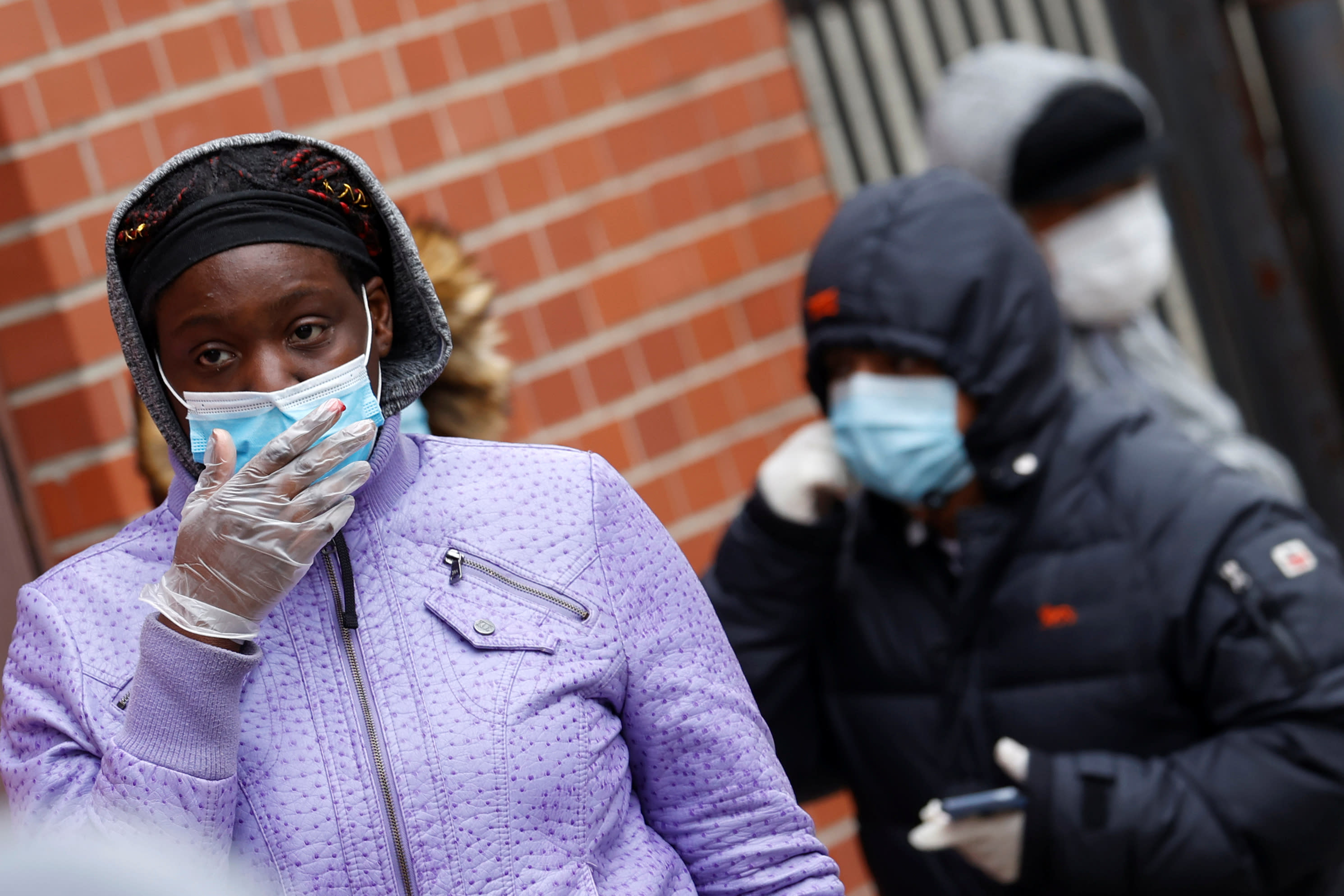 The U.S. Health and Human Services Department (HHS) on Wednesday announced a $40 million, three-year partnership with Morehouse School of Medicine to battle the COVID-19 outbreak in vulnerable communities, part of an effort to create a “strategic network” targeting underserved populations.

With the coronavirus pandemic having a disproportionate impact on communities of color, public officials are devoting far more attention to underlying disparities that result in uneven health outcomes.

Daniel Dawes, director of Morehouse’s Satcher Health Leadership Institute, told Yahoo Finance on Tuesday that the goal was to “establish a national COVID-19 resiliency network (NCRN)” that shines a light on the communities that have been ignored.

That includes non-English speakers, rural communities, tribal nations, economically disadvantaged communities and — most glaringly— the territories of the United States, which are largely populated by minorities, Dawes added.

Morehouse, one of only four historically Black schools of medicine in the country, is a linchpin in a broader push to ensure access to information, guiding to appropriate care and services, and monitoring the health service experience of these minorities to fix systemic problems.

The link between health and social factors

The HHS grant is in addition to $1.5 million in funding from the Google Foundation that Morehouse received to help create a first-of-its-kind data platform to track health disparities amid the outbreak. Dawes will co-lead the HHS effort with Dr. Dominic Mack, director of Morehouse’s National Center for Primary Care and professor of Family Medicine.

The initiative builds on the concept of social determinants of health, a relatively new buzzword in health care. It has become a focus in the past decade, as health providers increasingly link patient health to their steady access to food, housing and a job.

Minorities tend to live in urban areas, where overcrowding in the home is common, and access to healthy food is limited, Dawes said.

Traditionally, lack of transportation has played a significant role in minority health outcomes — especially during the COVID-19 crisis that created a bias toward remote, federally-supported drive-through testing sites that were a barrier to getting tested outside of emergency rooms.

Similarly, a reliance on ERs as primary care and recurring visits there due to underlying conditions like asthma and diabetes, are well known health problems in underrepresented communities.

Many hospitals, health providers and some insurers have taken it upon themselves to try to address some of the issues independently. But that creates an inefficient “hodgepodge,” Dawes explained in a recent interview with Yahoo Finance. The HHS funding will help create central hub to connect disparate entities for a more efficient overall health system.

Instead of reinventing the wheel, the HHS and Morehouse partnership will build on the existing community health groups and non-profits which have long focused on the underserved communities. The effort will amplify their existing work within a new, connected framework — and make it available to all, Dawes explained.

The reliance on existing entities helps build on existing ties while understanding the context of the disparities. That includes the CDC-funded national REACH program, The Foundation for AIDS Research (amFAR), NORC at the University of Chicago, the University of South Florida, and Latinx and Asian-focused health groups.

By tapping into the resources of existing entities, the initiative will help create a network that connects vulnerable communities to health resources, and ensures that individuals can receive information in a way they can understand and in a culturally-sensitive way.

That includes call centers and community advocates, where trust can be built, Dawes said.

“What we don’t want to do is move forward and create a data platform and network,” he explained, while minimizing “unintended consequences” that may have a negative impact on the same community officials aim to help.

The NCRN will also include some key private partners like KPMG and Comcast (CMCSA) to expand its push to provide low-cost broadband to all. Separately, Premier will offer a window into data on how hospitals treat minority patients.

We need to know, “once a person of color enters a hospital, will they get the opportunity to get into the ICU if they have the conditions that necessitate that. Or are they being denied entrance because they are deemed sicker and ‘not worth investing the resources if you’re going to die anyway,’” Dawes said.

The initial focus will be in Black, Native American, Asian and Latino areas of various regions where health services or multi-lingual services are sparse. Those areas will include places in Georgia, Louisiana, New Mexico, New York, Utah, Texas and Alaska, Dawes said.

In these communities, finding ways to ensure access to testing, primary care, behavioral health services, pharmacies and COVID-19 treatments will be a key focus, he added. Once a vaccine become available, they will be on the list too.

Everything will be monitored by an overseeing board, which will also hold the project accountable by evaluating and monitoring success such as is there a change or lower rates of infection and which areas or providers are operating more efficiently.

Data will also all be shared with state offices of minority health, Centers for Medicare and Medicaid Services, the FDA and the CDC.