Democrats and Republicans are divided on coronavirus, polls say 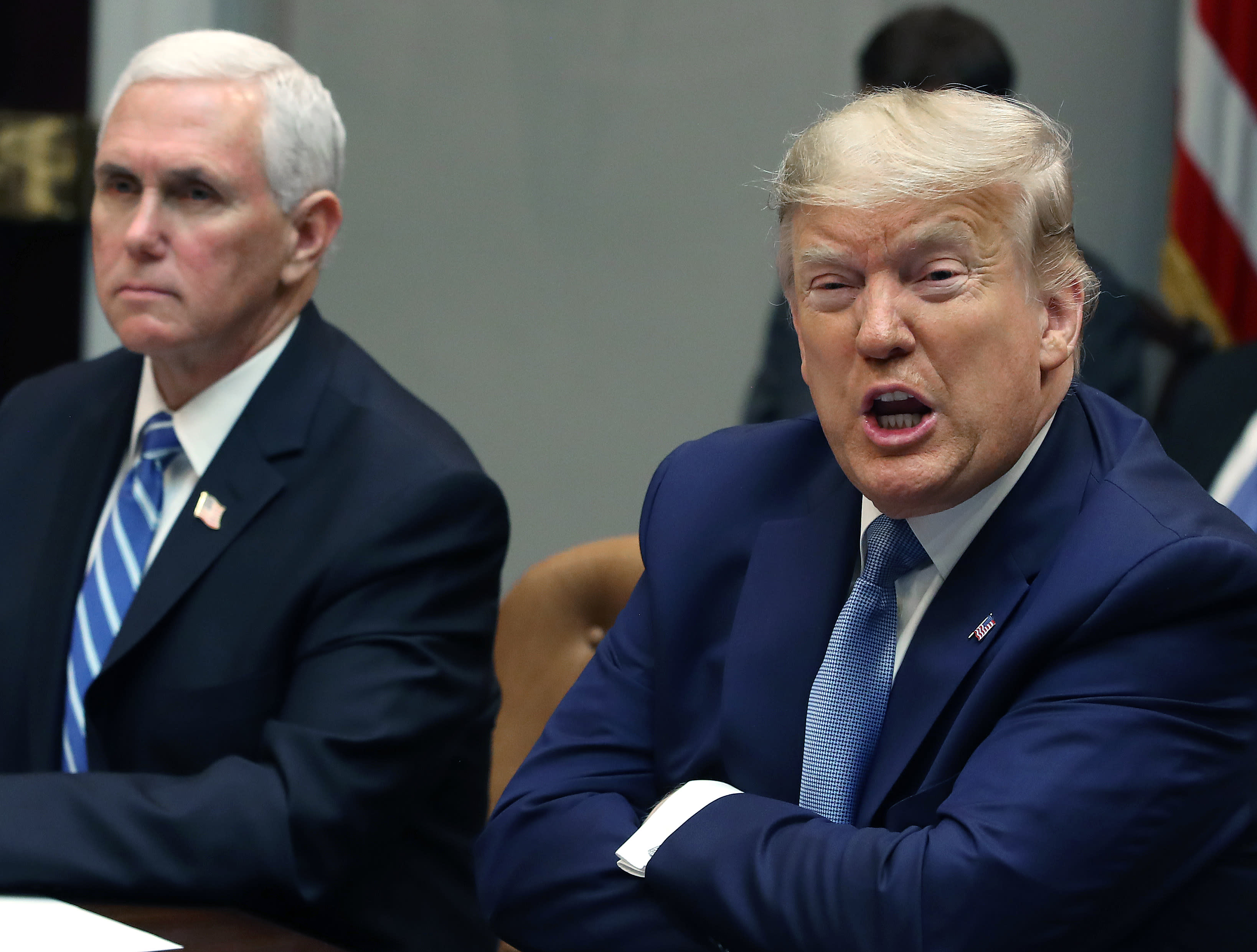 Republicans and Democrats have many ideological differences, and coronavirus is now on the list.

According to a new Axios/SurveyMonkey poll, 62% of Republicans say the seriousness of the coronavirus is generally exaggerated in the news while only 31% of Democrats share that same feeling.

The survey, which polled a total of 4,633 individuals (1,939 D, 1,955 R, and 618 I), also found that 47% of Democrats believe the virus spreads very easily versus 34% of Republicans. And more Democrats than Republicans said that they would avoid attending large events as a way of protecting themselves against the virus.

A Reuters/Ipsos poll of 1,115 Americans online had similar findings: About four out of 10 Democrats think the coronavirus poses an imminent threat, compared to about 20% of Republicans.

“Our hyper-polarization is so strong that we don’t even assess a potential health crisis in the same way,” Jennifer McCoy, a Georgia State political science professor, told Reuters. “And so it impedes our ability to address it.”

Republicans may be influenced by President Trump, who has made several inaccurate claims about the coronavirus since the outbreak hit the U.S. During a news conference at the White House on Feb. 26, he said that “we’re going very substantially down, not up.” However, the CDC said just moments earlier during the same conference that they were expecting more cases.

Trump also expressed skepticism at the mortality rate number provided by the WHO and suggested that some people could get better by “sitting around and even going to work — some of them go to work, but they get better.”

Some conservative news pundits have accused the media of using the outbreak as a way to go after President Trump. Fox Business anchor Trish Regan accused Democrats of politicizing the virus as a way to impeach the president.

“The hate is boiling over,” she said. “Many in the liberal media are using [the] coronavirus in an attempt to demonize and destroy the president.”

Meanwhile, her Fox News colleague Sean Hannity called the media coverage a “hoax” by liberals trying to “bludgeon the president.”

“I think we’ve got to be very real with the American people,” he said on his show. “I don’t like how we are scaring people unnecessarily, and that is that unless you have an immune system that’s compromised and you’re older and you have other underlying health issues, you are not going to die 99% from this virus.”

‘Everyone should continue to treat this outbreak seriously’

According to the World Health Organization (WHO), the mortality rate for this particular outbreak of coronavirus is higher than for the flu. So far, it’s projected at more than 3%. In comparison, mortality for seasonal influenza is usually below 0.1%.

Symptoms include respiratory symptoms, fever, cough, shortness of breath, and breathing difficulties, and severe complications include pneumonia and death, according to WHO. Some ways to prevent it include adequate hand washing, and avoiding close contact with those who appear sick.

The first confirmed case of coronavirus in the U.S. was reported on January 20, 2020, in Washington, and has since spread to a total of 34 states and counting. So far, 22 people have died in the U.S. as a result of the disease.

There’s no official way to find out how many people have been exposed to the virus. However, several well-known figures have either tested positive or self-quarantined after being exposed to someone else with the virus.

Rick Cotton, the head of Port Authority, which oversees the airports of New York and New Jersey, tested positive for coronavirus and has since been in a 14-day quarantine. Meanwhile, Sens. Ted Cruz (R-TX) and Paul Gosar (R-AZ) have chosen to self-quarantine after it was revealed that they came into contact with someone at the Conservative Political Action Conference who later tested positive.

Cruz announced his decision on Twitter, writing: “Everyone should continue to treat this outbreak seriously and be driven by facts and medical science. We need to continue to be proactive in mobilizing resources to combat this outbreak — including the $8.3 billion in emergency funding we provided last week — and I encourage everyone to follow the recommendations of the CDC and other health professionals in protecting their own health and welfare, as well as the health and welfare of those around them.”