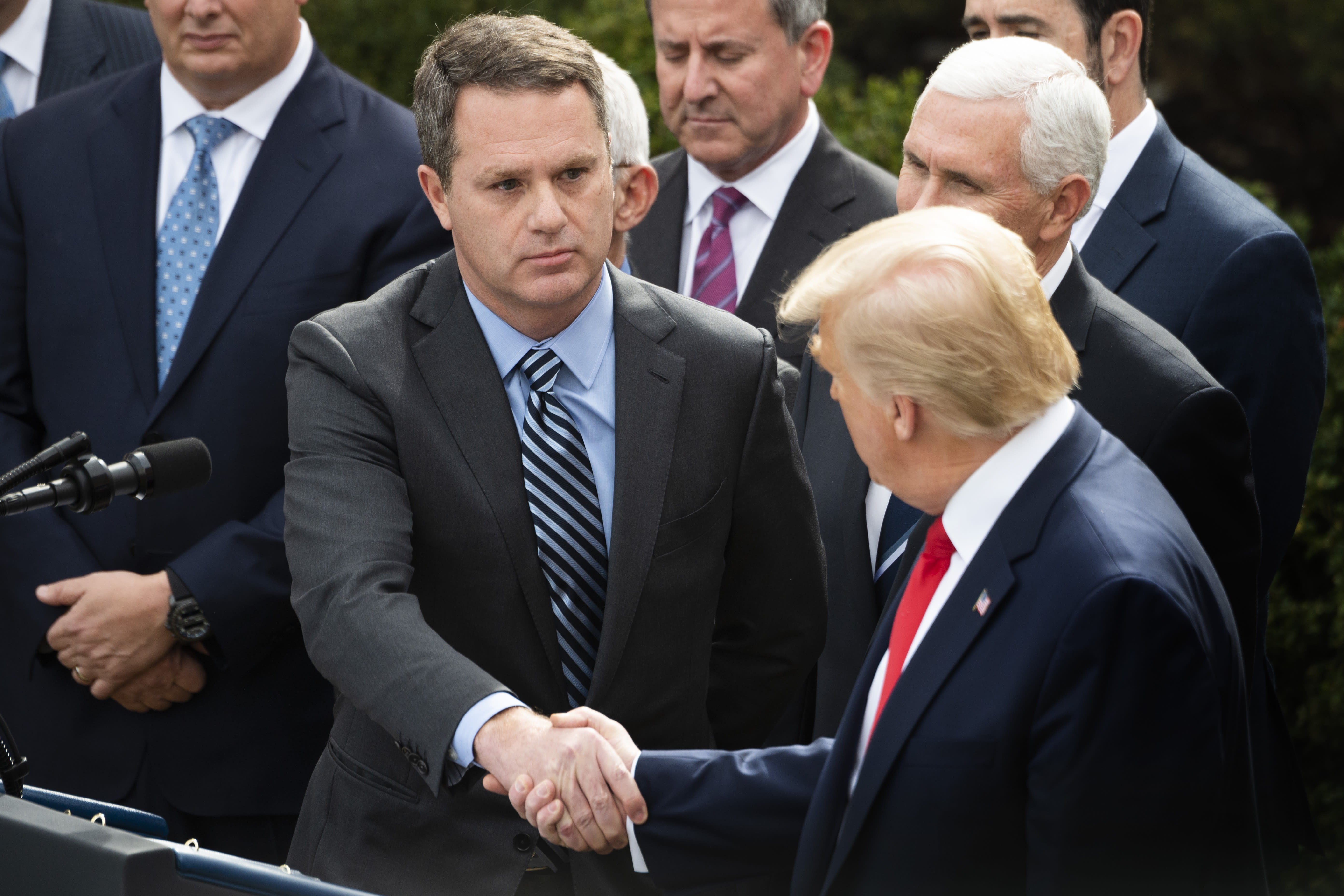 CEO confidence nosedived in early March as the coronavirus crisis escalated, according to the Business Roundtable’s quarterly business sentiment survey.

The group’s Economic Outlook survey for the first quarter showed executives are downgrading plans for hiring, sales and capital investment. The survey of 138 CEOs was conducted between Feb. 20 and March 10, with confidence really beginning to tank in early March.

“If taken alone, the survey results received from March 2 on would have likely reflected the steepest decline in CEO optimism since the 2008-2009 recession,” the group said in a press release.

President Trump took part in a teleconference call with the Business Roundtable on Wednesday morning. The executives also sent letters to Trump and Congressional leaders outlining their recommendations to ease the economic impact of the virus.

“The government actions necessary to address this crisis will have enormous costs. However, failure to act boldly now will impose far greater costs to our country and our future,” wrote Walmart CEO and Business Roundtable Chairman Doug McMillon and BRT CEO Joshua Bolten.

“Unprecedented and necessary public health measures are having significant economic consequences, especially on small and medium-sized businesses and their employees, many of whom are suppliers and customers of Business Roundtable members,” said McMillon and Bolten. “Even as we stay focused on public health measures to slow the spread of coronavirus, Congress and the Administration will need to act quickly, in a bipartisan manner, to protect workers, businesses and the broader economy from the impacts of this health crisis.”

The group’s economic outlook index dropped by 4 points from last quarter to 72.7 — but coronavirus developments led to a “rapid reevaluation and sudden downgrading” of expectations and plans toward the end of the survey period. A 50-point threshold has historically indicated the onset of recession.

This is the eighth straight quarter that CEOs have grown less optimistic.