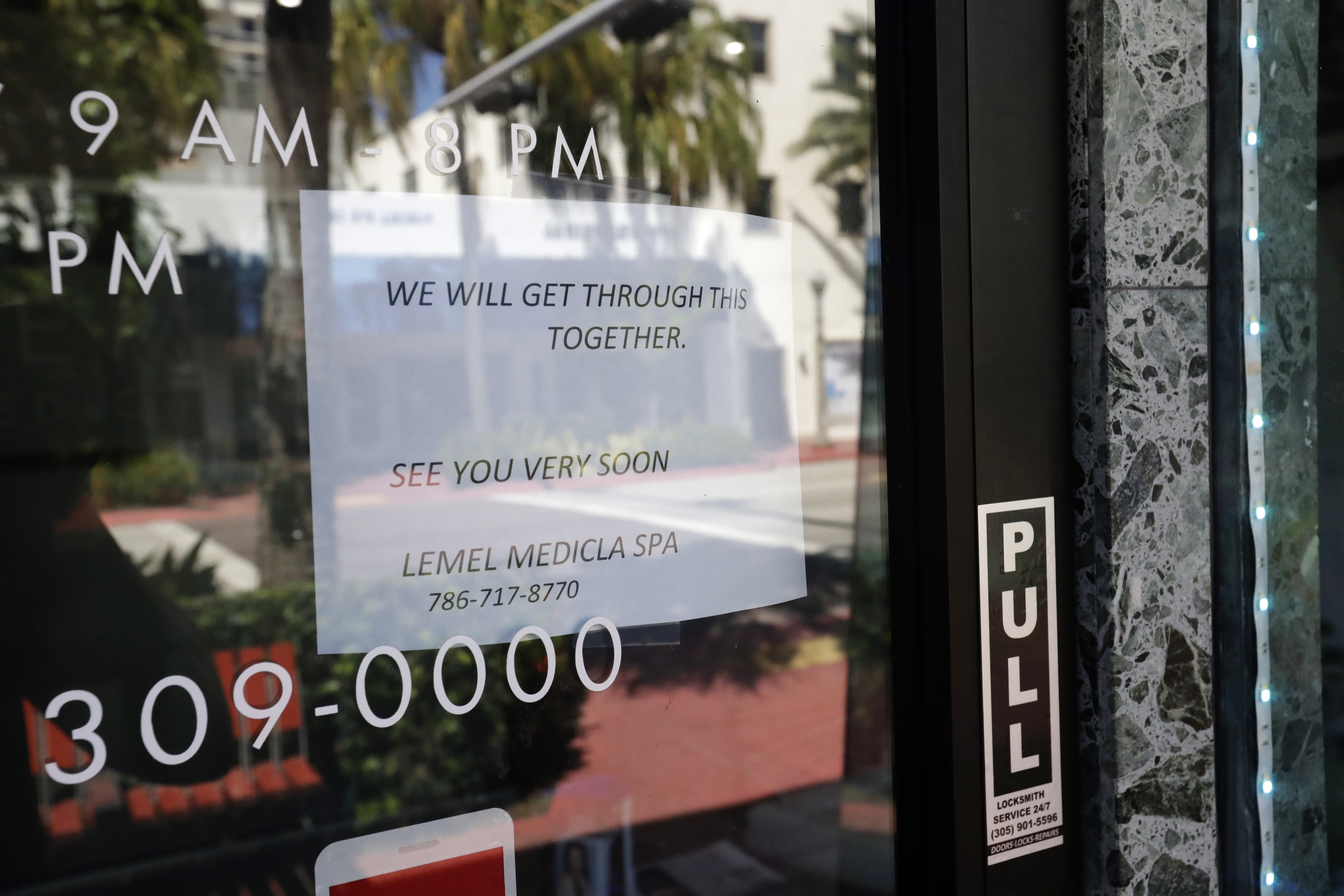 President Trump is trying to bully a virus. A virus is a microscopic organism. It doesn’t have ears enabling it to hear, or emotions allowing it to feel intimidated. The bullying won’t work.

But expect Trump to keep insisting he’s going to reopen the economy, virus be damned. Trump is obviously frustrated as he watches the stock market plunge and businesses shut down as everybody stays home to combat the coronavirus pandemic. A recession has undoubtedly arrived, and it’s a doozy. Perhaps most alarming to Trump are his darkening reelection odds, since incumbent presidents running for reelection typically get walloped when the economy’s in a funk.

Trump’s reaction to all this is a new idea to encourage businesses to reopen, even as the coronavirus outbreak worsens and more people get sick and die. The new refrain in Trumpland: “We cannot let the cure be worse than the problem itself,” as Trump said during his coronavirus propaganda session from the White House on March 23. “America will, again, and soon, be open for business. A lot sooner than three or four months,” Trump insisted.

Everybody understands Trump’s impatience. Millions of Americans are sitting idly at home as their incomes dry up and their retirement plans sink. But Trump’s plan is impossible until one crucial thing is in place: widespread testing for coronavirus, including multiple tests for every working person in the Untied States.

Testing is key because it would help determine, on a running basis, who’s healthy and able to move about without infecting others. The entire reason for stay-at home orders in places like New York, Illinois and California—and almost assuredly, more states to come—is that we can’t know who’s a spreader. There aren’t enough tests. So the policy now is to basically assume everybody’s a spreader, and therefore keep everybody home.

The biggest failure of the U.S. response to coronavirus is a huge lag in testing. President Trump has repeatedly misspoken on this, saying on March 6, for instance, that “anybody that needs a test gets a test.” That’s not remotely true, even now. An AP investigation found a series of blunders from the White House on down that impeded testing, beginning in January. The U.S. testing rate is improving, but as of March 20, the United States ranked 10th in the world with 314 coronavirus tests per million people. The testing rate in South Korea, which seems to have contained the virus, is 6,148 tests per million, or 20 times higher than the U.S. rate.

Trump has some control over the rollout of testing. He could use emergency powers to nationalize the production and distribution of testing components. Physician Ezekiel Emanuel of the University of Pennsylvania argues that Trump should set up a national testing network with thousands of sites using the U.S. military, the National Guard and a new federal corps of recently unemployed workers, while moving all testing out of overburdened hospitals and clinics. Regular samplings of the population in high-infection areas would help gauge the spread of the virus. And far better data from widespread testing would allow states and cities to ease restrictions on doing business as the virus ebbed, and to target restrictions when they identified hotspots.

Trump isn’t doing any of this. Instead, he’s relying on private industry to work it out, with encouragement and occasional assistance from the federal government. The private sector will get the job done, eventually, but not as quickly as would happen with the full mobilization of the government. Those lost days and weeks will only be more time that businesses remain shuttered and the recession deepens.

Trump has hinted that he might ease federal guidelines once the 15-day social-distancing window he established in mid-March expires on March 31. But Trump can’t control what states and cities do, and it’s wishful thinking to imagine he could single-handedly order or coax significant numbers of people back to work.

The biggest concern in places like New York City, Chicago and San Francisco is a skyrocketing infection rate that leaves hospitals overwhelmed with more sick and dying patients than they have room for. Ordering people back to work before the virus is contained would only worsen that problem. Hospitals will catch up, as more protective equipment and ventilators become available. But higher infection rates could also sicken more medical caregivers, essentially reducing capacity. No sensible mayor or governor is going to knowingly swamp the local health care system by prematurely letting people back to work, even if allied with Trump.

So American workers are going to be off the job a lot longer than Trump—or anybody—wants. Demanding an economic recovery won’t work. Extremely aggressive public-health measures might.