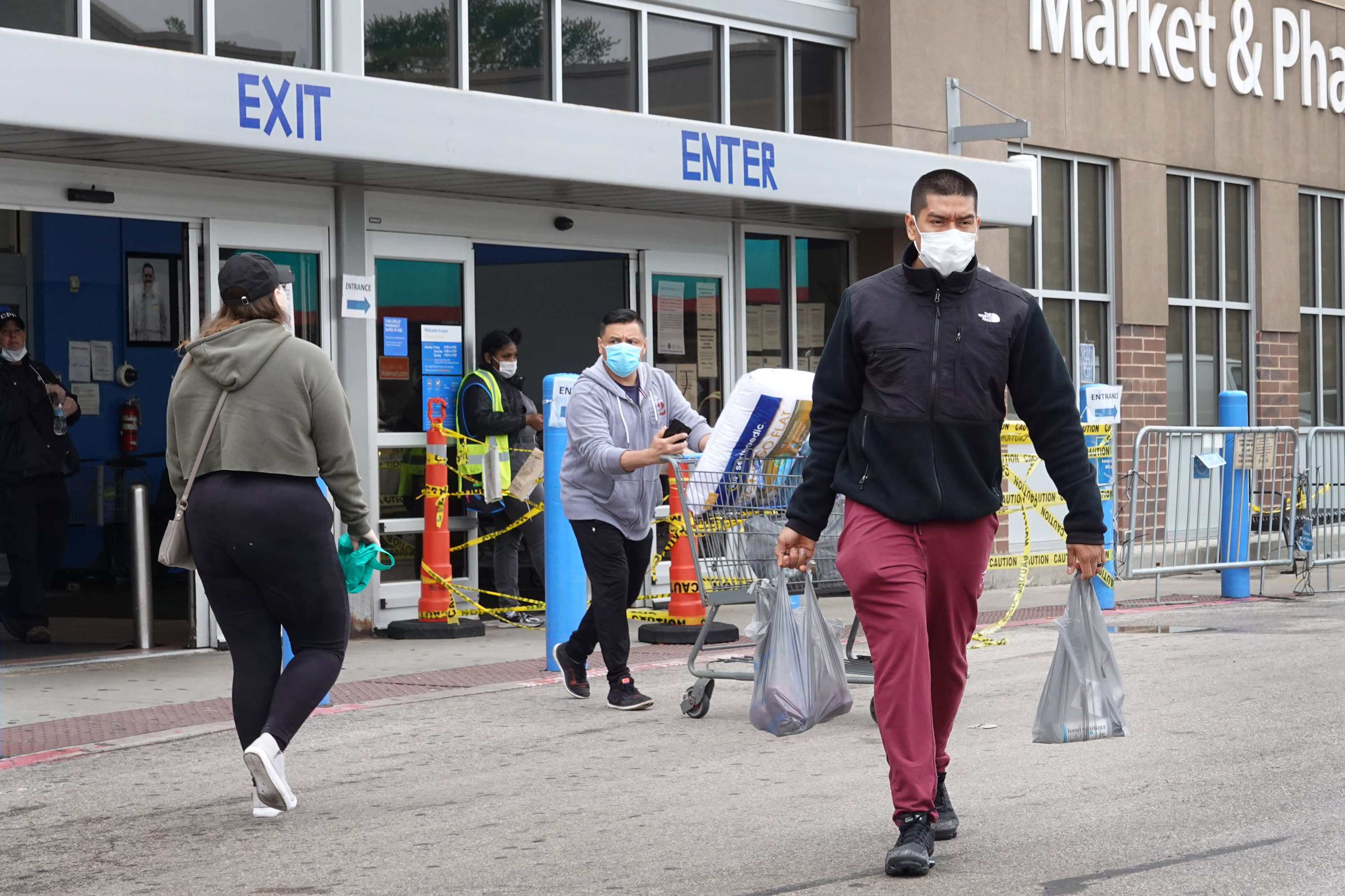 The debate on whether the stimulus checks arriving to the digital bank accounts of U.S. consumers are working rages on in the halls of Congress and on Wall Street. But from the perspective of America’s largest retailer Walmart (WMT), the newfound cash infusion to household balance sheets are working as designed.

They are helping people spend a little more on daily essentials, perhaps after a recent job loss, or encouraging people to splurge, if they are still employed.

“I think it helped,” Walmart U.S. CEO John Furner — who oversees more than 4,700 U.S. stores — said about the checks on Yahoo Finance’s The First Trade.

“We were softer in Easter than what we had expected to be and weren’t sure if that’s where things were going to be for some time. A few days after the stimulus checks began to land, people were settling in at home. Call it the third phase of shopping during the pandemic,” said Furner. “Categories like sporting goods and bicycles, fabrics and crafts, toys, the stay-at-home categories, networking [equipment], really took off. We had a pretty strong start to the month of May as well. General merchandise has remained strong. Definitely we do see a positive impact from the checks.”

Under the Coronavirus Aid, Relief, and Economic Security (CARES) Act, individuals were eligible for up to $1,200 (depending on income level) or $2,400 for married couples. Children under 17 were granted $500. Those checks began hitting bank accounts end of April.

For its part, Walmart told investors on its earnings call this week that same-store sales surged 9.5% in part because of the early flood of stimulus checks. Judging by Furner’s comments, the momentum has been sustained into May with a greater number of folks receiving their checks. Furner’s take on the impact of stimulus checks have been echoed by executives at Target, Home Depot and other retailers that delivered first quarter earnings this week.

Despite the stimulus checks 38 million people in the country have filed for unemployment insurance in the past nine weeks alone. Economists expect the U.S. unemployment rate to stay above 10% in 2020 as companies deal with the aftermath of the COVID-19 pandemic. Households will likely need another round of stimulus checks even as more states reopen in order to support the return of economic growth.

“We are definitely seeing people say that they are more concerned about their finances and their employment going forward,” Furner acknowledged.